Trading Standards is standing up for London’s tenants and landlords by cracking down on rogue letting agents who flout the law.

As part of London Trading Standards Week (25-29 September) representatives from 15 departments will visit Letting and Property Management agents today in a bid to identify rogue agents and improve the rental experience for consumers.

Letting agents must display their fees, and other relevant information, in their branches and online so that prospective tenants and landlords know exactly what they’re paying from the outset when entering into a rental agreement. While most agents fully comply with legal requirements, those that don’t can face a fine of up to £5,000 per offence.

As well as being against the law, when this information isn’t made available upfront it can often lead to a costly and unwelcome surprise for the consumer, tarnishing the reputation of the rented sector as a whole.

Last summer, Jerome from Central London found a Bayswater flat he liked the look of, advertised on two property portals. But when declaring he would like to rent the property, he was confronted with unexpected costs from the agent.

Jerome explains “On making an offer I was told that I needed to pay over £400 for letting fees, references and check-in inventory. I felt misled – I’d gone with this agent thinking I’d save money as there were no fees advertised on their website. Overall, it felt like a waste of my time and was very disappointing.”

Jerome reported this to his local Trading Standards Department which subsequently fined the agent £10,000 for breaches of the Consumer Rights Act.

As a result of recent visits to agents as well as breaches identified on agents’ websites, Trading Standards departments in London have issued fines amounting to around £370,000 in the last three months alone. 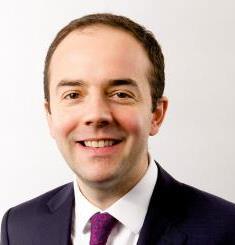 “London’s two million renters deserve a better deal, which is why the Mayor has worked closely with partners across the sector to persuade Government to ban letting agent fees and cap rental deposits. These up-front charges pile more pressure on renters who are already struggling with costs, and the Mayor is keen to see Government implement these measures without delay.”

“We very much welcome London Trading Standards’ crackdown on letting agents who break the law, and we believe Government must ensure this vital work is properly resourced in the future.”

Trading Standards is working with the lettings industry, including the National Approved Letting Scheme (NALS), to improve standards. NALS has developed an online training course focusing on effective enforcement against agents who do not display fees or their membership of a redress or client money protection scheme. This follows the successful roll out of NALS’ Enforcement Toolkit last year, which worked with local authorities to offer a step-by-step guide to the legalities and requirements of regulating letting agents.

“Trading Standards play a vital enforcement role in the lettings landscape, ensuring agents trade fairly and consumers are protected. We are delighted that London has taken a lead in increasing their activity and raising awareness so that rogue agents should not simply slip under the radar”.

“We won’t allow letting agents flouting the law to get away with it. It’s simply not fair to the consumer or the substantial part of the letting industry who go out of their way to do things right. If you want to be a letting agent the message is clear; you must comply with the law.”

“London Trading Standards wants to protect London residents and the businesses that trade fairly here. If you know an agent who isn’t publicising their fees or who isn’t complying with the law, let us know about it.”

Anyone wishing to report a rogue agent to trading standards should Citizens Advice on 03454 040506 or use the LTS online reporting tool.

Recent examples of LTS action can be found here: