Test purchases conducted by London Trading Standards (LTS) have shown that shops in London are still selling knives and alcohol to children as young as 13. Tobacco was also high on the list of age-restricted products sold to children, with tobacco being sold to 14-year olds.

Figures released as part of LTS week show that, so far this year, 700 spot checks (known as test purchasing) have been carried out by 20 London Trading Standards departments and the Metropolitan Police, using child volunteers between the ages of 12 and 17.

The above figures were released during London Trading Standards Week, a five-day campaign that raises awareness of consumer protection issues with the public and ensures legitimate business can thrive in the capital.

It is illegal to sell knives, alcohol or tobacco to anyone under 18

Protecting young consumers from age-restricted products continues to be a priority for trading standards, with local authority trading standards services working alongside the police to stop such products getting into the hands of children. LTS works with the Metropolitan Police on Operation Sceptre, which aims to reduce knife crime and the number of families affected by knife crime across London.

Over the past 18 months, 26 local authorities conducted 2,593 test purchases for knives, alcohol and tobacco using child volunteers between the ages of 12 and 17. Although a majority of shops refused to sell to underage customers, test purchases resulted in a total of 285 sales, with 14% of shops selling knives and 12% selling alcohol.

Sold to a 15 year old in Woolwich 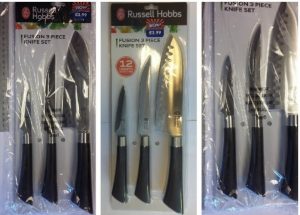 Detective Superintendent Sean Yates from the Metropolitan Police, said: “Knife crime devastates families and communities, and selling knives to children is both illegal and unacceptable.

Tackling knife and gang crime is one of the Met’s top priorities, and we are working closely with Trading Standards, the Mayor’s Office for Policing and Crime (MOPAC) and retailers to do everything we can to prevent young people getting hold of knives in the first place. We are also targeting those who carry weapons and cracking down on online videos that glamorise and encourage this terrible violence.

Everyone has a part to play in ending the deeply concerning rise in knife crime that we have seen across the capital and to spread the message that carrying a knife is more likely to ruin your life than save it.”

Sophie Linden, Deputy Mayor for Policing and Crime, said: “Knives have no place on the streets of London and we are doing everything we can, together with the Met, retailers and Trading Standards, to crack down on rogue traders selling them illegally. That includes pushing the courts to review sentences given to retailers who fail to comply with the law and this approach forms part of the Mayor’s overall strategy to bear down on knife crime.

“We are clear that knife crime destroys communities and the only way we are going to rid our streets of these dangerous weapons is by working together to stop them getting into the hands of young Londoners and to strongly challenge the attitude that it’s acceptable and safe to carry a knife. It’s not.”

“We are disappointed that children so young have been allowed to buy knives in London shops but we note the relatively high levels of compliance among the majority of retailers. We would encourage retailers to continue to sign up to Responsible Retailer Schemes and work with us to help prevent children from being allowed to buy age restricted goods”.

“Anyone with information about shops that sell age restricted products to children can report it anonymously via the London Trading Standards reporting tool.”

Illegal tobacco and related products are a key concern for trading standards, with Brent, Croydon and Tower Hamlets councils recently conducting ongoing large-scale seizures of such products. Trading standards is aware that traders who deal in illegal cigarettes are more likely to sell to underage customers, as cheap ‘fakes’ make tobacco more accessible to young people.

Tobacco and smoking-related products, including e-cigarettes, are age-restricted products. According to figures from the latest Tobacco Control Survey by the Chartered Trading Standards Institute, 93% of councils in England have conducted activities related to illicit tobacco and related products.

LTS will also be partnering with detection dog specialists, Wagtail, to provide tobacco education via local authorities and demonstrate how dogs are used to detect illegal tobacco.

Collin Singer, Managing Director at Wagtail UK Ltd said: “Our Wagtail Tobacco Control Education Unit is an ideal platform for our Trading Standards partners to portray the message about the dangers of illegal tobacco and other consumer protection issues. It helps to demonstrate the capabilities of our detection dogs and their ability to detect illegal tobacco, often in cleverly constructed concealments. Our unit is also an excellent forum for intelligence gathering and engagement with the local community.” 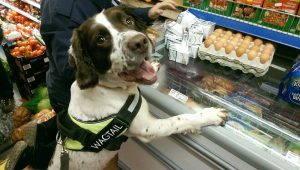 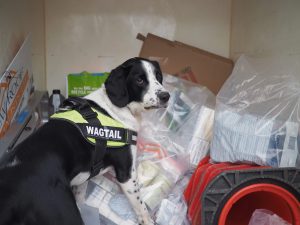