Londoners have been prevented from being ripped off by over £2 million over the last 12 months, thanks to trading standards tackling rogue traders across the capital.

Specifically, protecting vulnerable residents by tackling doorstep crime is a priority for many trading standards services, and forms part of the statutory duty under the Care Act 2014. 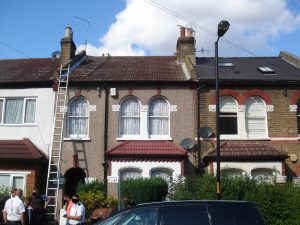 Given reductions to the local authority budgets, trading standards is working innovatively with other council enforcement teams such as anti-social behaviour, community safety and social care, as well as local police teams, to ensure residents are given support at the earliest opportunity and prevent any financial loss as a result of a rogue trader or other consumer fraud.A number of local authorities have dedicated rapid response teams that deal with incidents of doorstep crime. These teams can receive up to 240 calls per year each.

Such innovations, to target resources devoted to prevention and early intervention, helped to deliver the £2 million saving. Trading standards officers continue to provide training and awareness sessions to a wide range of professional partners including social care workers, police officers, fire officers, banks and public health staff. They also engage with local community groups and the voluntary sector such as Age UK and Citizens Advice. In addition to cash savings, interventions by trading standards officers in the past 12 months alone have prevented two vulnerable adults in London from losing their homes to criminals.

Louise Baxter Team Manager for National Trading Standards Scams Team said: “Prevention and awareness are key to the fight against scams. One of our main objectives is taking away the shame, to get people to talk about fraud and treat them as other victims of crime are treated. This is particularly important because fraud is often a hidden crime, taking place behind closed doors, in our own homes.

It is fantastic to have London Trading Standards championing victims and tackling this problem on a local and regional level. I would encourage all those that are interested in showing their support to join the Friends Against Scams campaign and be part of our growing Friends network”.

Rob Vale, Chair of LTS’ Doorstep Crime Group said: “Trading standards officers in London are working very hard to protect our most vulnerable residents in what are increasingly difficult times for local authorities. This type of work relies on dedicated, passionate officers who are motivated to safeguard their local residents. However, doorstep crime is known to be grossly under reported and we can only do something about it if we know about it”.

Lord Toby Harris, Chair of National Trading Standards, said: “London Trading Standards Week is an excellent opportunity to raise awareness of the scams that we could all potentially fall foul of. We know scams do tremendous damage to victims, with the cost to consumers estimated to be between £5 and £10 billion a year.”

“I urge all Londoners to help play a role in protecting family, friends and neighbours from these criminals, who often prey on the elderly or vulnerable. If you suspect either you or someone you know is being targeted, please contact the Citizens Advice Consumer Helpline on 03454 040506.” 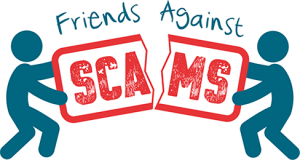