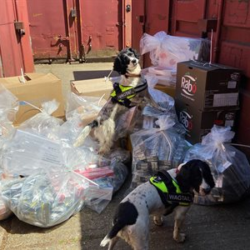 Illegal tobacco worth more than £28,000 has been seized during a two-day raid.  Officers from Tower Hamlet Council’s Trading Standards team were joined by sniffer dogs Pippa and Rex to uncover the counterfeit and illicit tobacco from containers and shops in the borough.  The biggest haul was found in a container near to Chrisp Street
-> Continue reading More than 60,000 illegal cigarettes seized during Tower Hamlet raid 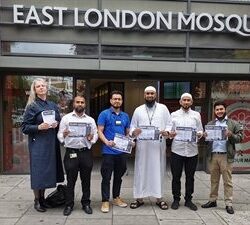 Tower Hamlets Council has relaunched its Hajj Project this year to provide Muslim pilgrims to Saudi Arabia with useful health and travel advice ahead of their journey. The Hajj is an annual pilgrimage to Makkah. It is one of the Five Pillars of Islam and must be carried out at least once in a Muslim’s
-> Continue reading Tower Hamlets’ Hajj project returns to support pilgrims