Secret haul of 2,500 products being seized is caught on camera

London Trading Standards campaign against illegal skin lighteners has resulted in another successful prosecution, with fines and costs totalling £48,942, plus the imposition of a 15 week suspended prison sentence.

Shaba Hair & Cosmetics (Peckham) Limited, and former Director Mr Banaras Hussain, was sentenced for offences relating to the illegal sale of dangerous skin lightening products after thousands of products were found concealed in a secret storage area by Southwark Trading Standards at their shop in Peckham, SE15.

The offences took place in 2015 following covert test purchasing by Southwark’s officers. An inspection followed and this was filmed as part of an LTS campaign to highlight the diverse and important work that local trading standards teams do across the capital.

You can watch the film on YouTube here as officers uncover a deliberately concealed storage area that could only be crawled into.

This is the second time Southwark has prosecuted Mr Hussain, and this company, for such offences and the court heard he also had previous convictions for similar offences committed by other companies at shops in Hackney and Enfield.

Hussain had pleaded guilty to ten offences under cosmetic product safety regulations and medicine control legislation as some of the products found contained ingredients so potent they were classed as prescription only medicines.

Analysis showed they contained prohibited ingredients, such as hydroquinone and corticosteroids; both of which are banned in cosmetic products, due to concerns over serious and irreversible skin damage, as well as links to liver, nervous system damage and an increased risk of skin cancer.

After his shop was inspected Mr Hussain resigned from the company, and initially sought to deny involvement with the goods seized, but he was later filmed at the premises by BBC reporters who had also bought illegal products and he subsequently pleaded guilty to the Council’s charges. You can watch the original BBC report here.

Councillor Barrie Hargrove, Southwark Cabinet Member for Communities, Leisure and Safety, said: “Southwark Council works tirelessly to protect Southwark’s shoppers from irresponsible vendors who seek profit at the expense of their customer’s health. Banaras Hussain is such a shopkeeper, he has demonstrated flagrant disregard for both the law and the safety of his customers, by persistently selling dangerous skin lightening products and ignoring both the council and the courts.

“I support Judge Donne’s decision to bestow significant fines and costs, and hope that this will act as a serious deterrent to anyone thinking of selling illegal and dangerous skin whitening products here in future.”

Steve Playle, spokesperson for London Trading Standards said: “The footage filmed by Southwark shows the devious lengths some traders are going to in order to conceal their toxic trade. All credit to Southwark’s team for bringing yet another irresponsible trader before the Courts”

The BBC report of the case outcome can be watched here. 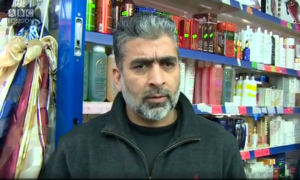 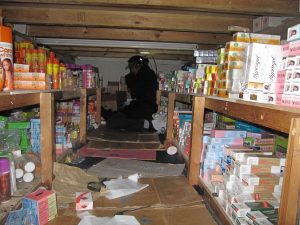 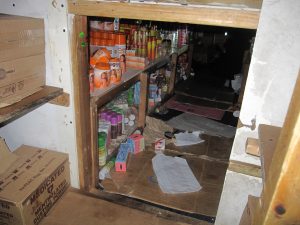