Croydon Council has now successfully prosecuted 15 businesses across the country under its trading standards team’s pilot clampdown against illegal online knife sales to children. The scheme is backed by the Home Office and National Trading Standards.

In the first of the two latest cases, Very’s parent company Shop Direct Home Shopping Limited was found guilty at Croydon Magistrates’ Court of one offence of selling a three-piece Joe Wicks kitchen knife set online to the teenager via www.very.co.uk on 20 March 2019. The court ordered Shop Direct Home Shopping Limited, of Speke Road in Liverpool, to pay a £20,000 fine plus £10,634.45 in full prosecution costs and a £170 victim surcharge on 26 February 2020.

In the second case, at Lavender Hill Magistrates’ Court on Friday 6 March, Today Tech LLP was found guilty of selling an 18mm snap utility knife on 9 January 2019 to an underage buyer via www.milwaukeetoolstore.co.uk. Today Tech, whose business is based at Heywood Distribution Park in Pilsworth Road, near Rochdale, was ordered to pay full prosecution costs of £10,599.20, a £1,000 fine and victim surcharge of £100.

In both cases, the Croydon trading standards team had sent advance letters to the companies warning that a test purchase attempt was likely.

Stephen Knight, Operations Director, London Trading Standards said “Council trading standards services in London are playing an important role in tackling knife crime by enforcing the law banning the sale of knives to under 18s. Trading standards teams conducted around 1000 knife test purchases in stores last year with young volunteers and will continue to prosecute offending businesses. Croydon council in particular has led the way by conducting the first ever national enforcement campaign tackling online sale of knives to under 18s. This was funded by government as a one-off project. Given the high level of non-compliance found amongst online retailers, the government now needs to step up to fund further on-line enforcement on an ongoing basis.” 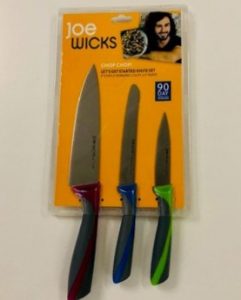